Who is Jeff Munzinger?

Jeff Munzinger first got involved politically as a citizen lobbyist for the Missouri Nondiscrimination Act - nicknamed MONA. While Jeff was in Jefferson City speaking in support of MONA, he heard from multiple legislators who said they personally liked the bill, but they couldn’t support it because they feared retribution from the Republican party. It was then that Jeff knew that politics as a team sport was failing the people of Missouri. Jeff quickly put his journalism experience to work and began researching the various issues facing the state legislature. He’s now one of the most informed people in town on state legislative issues. As a retired business owner and member of the Springfield Chamber of Commerce, Jeff knows what it takes to keep an organization thriving. Jeff is also a member of the board at Springfield’s History Museum and an elder at Brentwood Christian Church. He has two adult children and lives with his wife Kathy, their dog Lucy, and their cats Charlie and Bob. Click HERE to begin making calls.

Ready to make calls? Click HERE. Want to know more? Scroll down to see where Jeff Munzinger stands on the issues.

Every Missouri child should have access to free, quality public education regardless of their zip code. As your representative, I will work to strengthen our public schools and fully fund our commitment to our kids. I will support universal early childhood education because it's proven to be the best way for us to invest in our future. I also want us to invest more in higher education and workforce training, so people can gain the skills to compete in our economy.

While Missouri families make increasingly difficult healthcare decisions in the face of financial ruin, the Republican-led House has left millions of federal dollars on the table meant for expanding healthcare access to Missourians. Their inaction has created sicker communities, higher insurance premiums, and closed hospitals, especially in rural areas. As your state representative, I’ll join the coalition to expand Medicaid so that no one has to choose between a decent job and their healthcare. By coming together, we can create a fair and comprehensive healthcare system that treats us all as equals and ensures we can stay well.

A strong economy is one that works for everyone. As your state rep, I’ll fight for our workers who build our economy, and for the wages, benefits, and protections they deserve. I’ll support investments to educate a 21st century workforce. I’ll support local businesses who provide good jobs and keep our economy growing. And I’ll work to bring in new businesses that offer good jobs. But I’ll always put workers’ interests before the special interests of large corporations.

Every year for the past two decades, equality advocates have filed the Missouri Non-Discrimination Act (MONA), only to be blocked by Republican legislators. MONA would extend basic protections to our LGBTQ citizens by adding sexual orientation and gender identity to Missouri’s Human Rights Act. Missourians currently fear losing their jobs or being denied housing because of who they are and who they love - discrimination that is still completely legal in our state. Meanwhile, Republican legislators in recent years have also made it easier for employers, landlords, or businesses to discriminate based on race, age, religion, or gender—more so than in any other state. As your state rep, I will work for the same rights for people regardless of race, religion, gender, age, or sexual orientation. 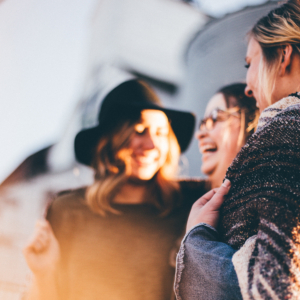 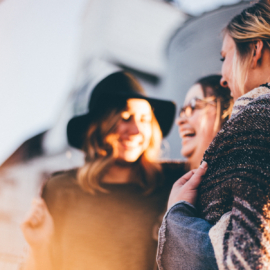